LOS ANGELES, May 11, 1995 -- An action-packed, thrill-a-minute, fighting adventure. A special-effects-laden sequel to last year's Number One blockbuster hit. A 3-D adventure delving into unique, unexplored worlds. No, these are not the latest Hollywood summer offerings, but previews of the future of interactive home gaming courtesy of Nintendo of America Inc.

"We're looking forward to an exciting second half in which we'll deliver the best game play experiences available at any price," says Peter Main, Nintendo's vice president, marketing. "Our new 32-bit Virtual Boy system is unlike any other, providing a totally unique 3-D experience. And, for the more than 16 million Super NES owners, our two new Advanced Computer Modeling (ACM) titles push the performance of the Super NES even further."

One year ago, Nintendo rocked the industry by unveiling the first fully computer-rendered video game for a 16-bit system. Today, the company is once again raising the bar on gaming by introducing new software featuring even bolder, breakthrough graphics and seamless game play.

The Number One arcade hit, "Killer Instinct," will make its debut for the home on the Super NES in August. This tournament fighting game was developed in conjunction with U.K.-based Rare Ltd., the same design team behind the mega-hit "Donkey Kong Country," using its proprietary design technology, ACM. The new Super NES version is a faithful translation of the arcade game -- complete with computer-rendered graphics and multi-hit combination moves which have set a new gold standard for arcade fighting games.

Following on the heels of the phenomenally successful "Donkey Kong Country," which to date has sold more than 7.5 million units worldwide, Nintendo unveiled the sequel, "Donkey Kong Country 2: Diddy's Kong Quest." Again, developed in conjunction with the talented team at Rare using ACM graphics, "Diddy's Kong Quest" features sharp, vivid images and characters set against visually stunning backgrounds -- from lava-filled caves to a giant bee hive oozing with honey. This time, Donkey Kong has been "kong-napped" and it's up to Diddy Kong and his new girlfriend, Dixie Kong, to find him. The game will be released in November.

In addition, Nintendo revealed Virtual Boy will be launched in the United States on Aug. 14, 1995, for a suggest retail price of $179.95 (see note a). Unlike any video game platform currently available, the 32-bit Virtual Boy completely immerses players in a true, 3-D environment.

Game Boy, Nintendo's popular hand-held system, got a new look earlier this year with the release of the Play It Loud series -- Game Boys in five different, colorful casings. At E3, Game Boy is on display with a fun-packed line-up of new software titles, including the first two ACM Game Boy games: "Donkey Kong Land," following the further exploits of Donkey Kong and Diddy Kong; and "Killer Instinct," the tournament fighting sensation that will hit the hand-held market in November.

Nintendo Co. Ltd. of Kyoto, Japan, is the leader in the worldwide $15 billion retail video game industry. As a wholly owned subsidiary, Nintendo of America Inc., based in Redmond, Wash., serves as headquarters for Nintendo's operations in the Western Hemisphere, where more than 40 percent of American homes own a Nintendo system.

(a) Although Nintendo of America Inc. may suggest retail prices for products, the dealer is free to determine on its own the prices at which it will sell products. 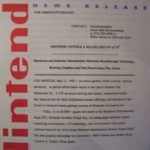 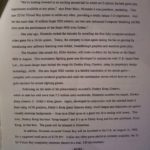 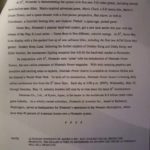