Virtual Boy will be unveiled tomorrow at the Sixth Annual Shoshinkai Software Exhibition in Tokyo. The new product will be released in Japan in April of 1995 at a suggested retail price of 19,800 yen for the hardware system. Three cartridge-based software titles will be introduced at launch, followed by two to three new titles each month. The manufacturer's suggested retail price for the software will range from approximately 5,000 to 7,000 yen. Nintendo projects Virtual Boy sales in Japan of 3 million hardware units and 14 million software units by March of 1996.

"It has always been Nintendo's strategy to introduce new hardware systems only when technological breakthroughs allow us to offer innovative entertainment at a price that appeals to a worldwide audience," said Nintendo Co. Ltd. President Hiroshi Yamauchi. "Virtual Boy delivers this and more. It will transport game players into a 'virtual utopia' with sights and sounds unlike anything they've every experienced -- all at the price of a current home video game system."

Virtual Boy is a standalone, table-top unit which does not connect to a television screen. It is powered by six AA batteries. Accessories will include an AC adaptor and a rechargeable battery adaptor, which will be sold separately.

Nintendo's U.S. subsidiary, Nintendo of America, will officially unveil Virtual Boy hardware and software at the Winter Consumer Electronics Show (WCES) on Jan. 6, 1995, in Las Vegas. The product will be released in the Western Hemisphere in April of 1995. Manufacturer's suggested retail prices will be announced at the WCES.

"We are very confident of the market potential for Virtual Boy," said Nintendo of America Chairman Howard Lincoln. "Nintendo is extremely excited with the tremendous opportunity which this exclusive technology affords."

Reflection Technology Inc. is a world leader in virtual display technology and mobile messaging. Reflection develops and markets virtual displays and products that incorporate these displays. Reflection's patented Scanned Linear Array (SLA) displays are being used in a new generation of products that are expanding the horizon of the telecommunications and consumer electronics markets.

Nintendo Co. Ltd. of Kyoto, Japan, is the leader in the worldwide $15 billion retail video game industry. As a wholly owned subsidiary, Nintendo of America Inc., based in Redmond, Wash., serves as headquarters for Nintendo's operations in the Western Hemisphere where more than 40 percent of American homes own a Nintendo system. -0-

Virtual Boy is a trademark of Nintendo. 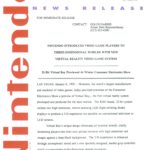 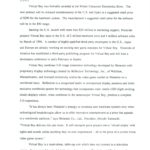 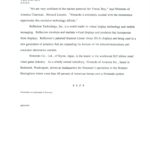