That’s right, I’m making a new game after the deadline 😉 This is just so my skills don’t get rusty. I’m having a few problems thus far, or I may. That’s the problem. On Mednafen it runs fine, but on Reality Boy it is all weird and won’t do it right. Which do you suppose is better accurately emulates the Virtual Boy, or better yet, can someone try this on a Flash Boy? I know I should get one since I keep asking like this, and I should, but $100 is a lot of money. Well, anyway, press any key to get past the title screen, and you can move left and right and jump with the A button. This is going to move like a Pitfall-style game since I don’t know how to scroll levels. Also, you like the game so far (what little I have of it)? I tried a little something different for the jumping code so it’s not just subtracting 1 from the y-value and then adding 1 for the descent. If there is a 2011 Competition, I would work on something different.

I went ahead and tried this in my FB Plus and it works! I see no graphical errors or anything. 🙂 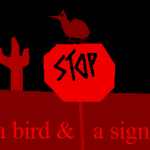