Our good friend DogP can now offer a breathtaking update of his site Project: VB! As the headline lets you guess, for the very first time a protoype of an unreleased Virtual Boy game, Faceball, appeared as well as a protoype of the released but ultra rare Virtual Bowling. DogP had the luck to get many pictures, information and screenshots from a mysterious friend called Mr.G, which can now be found on his page.

Faceball is a first person shooter, in which you shoot little smiley balls(!). The game was supposed to offer a two player deathmatch mode using the also unreleased link cable. The differences between the Virtual Bowling prototype and the released version are only visible in a debug menu, but be sure to have a look at the cool pics on Project: VB!

All extremely cool we must say… give us more of this! 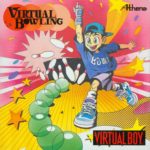