Chris Read has released version 1.0 of GoSub, a port of his Atari 2600 game from 2007. In this game, you have to steer a submarine through a total of 32 mazes in search for treasure chests.

The interesting thing about this game is, that people here on PVB could follow its development from the very beginning in this thread, where he progressively posted new builds plus source of the game. And while you should be warned not to copy the programming style, making excessive use of GOTOs, this might be an interesting read for anyone who wants to get into VB programming. Chris has also started to write a VB programming tutorial shortly before GoSub was finished. 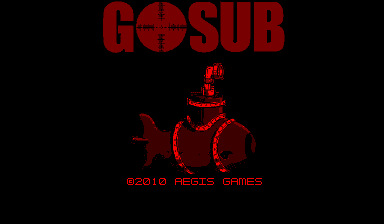 fantastic i look forward to trying this out later! i think its awesome that people still put so much effort into programming for the VB!