It was long believed that Mario’s Tennis did not even contain any leftover multiplayer code – until M.K. went to great lengths to find and restore exactly that! He just released a patch that restores 2 of 3 game modes (P1 vs P2 and P1/COM vs P2/COM) to a fully working state. The third mode (P1/P2 vs COM/COM) is buggy and won’t be fixed until any Virtual Boy emulator implements full link cable emulation to shorten debugging and testing times to a healthy amount. While Reality Boy does offer network-based link cable emulation, it lacks support for the respective interrupts, which Mario’s Tennis’ multiplayer modes depend on.

Check out the release thread for a brief summary of the discovery and restoration process as well as the patch download. 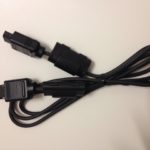