I was at a game store the other day, and I was talking to the owner. He was telling me stories of how he used to go to every E3 and had all these souveniers. He went to E3 1995 and I asked about the Virtual Boy stuff. He said they gave out cardboard 3d glasses in the shape of a VB headset and took everyone in to this movie theater sized room to watch the VB games in 3D. After this, press was allowed to play the games but normal people were not. He said many years ago he got rid of the cardboard headset. I am not sure if this information is out there, I just wanted to share!

Thanks for sharing! You’ll find images of that cardboard headset under the “Images” tab here: 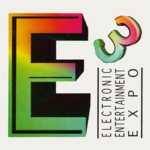