Version 1.1.0 of VBDE, the Virtual Boy Development Environment, is now available! By removing a lot of unneeded files from the cygwin directory, the package size has been massively reduced. Also, it is now 100% portable by removing remaining hardcoded paths. Furthermore, the Aseprite graphics editor is now included in the package.

VBDE is now also available as a “Pro” edition, which comes bundled with a pre-configured copy of IntelliJ IDEA Community Edition as its default editor, as well as Git for version control. 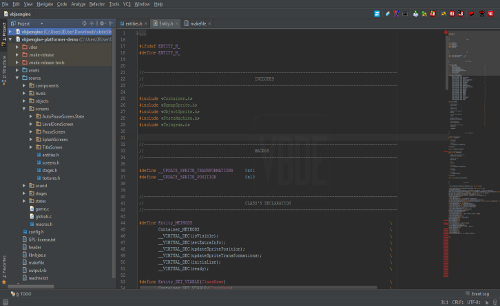 The VBJaEngine as well as its Barebone and Platformer Demo have been updated to version 4.0 final in this release! So you can more easily check out what the engine is capable of, here’s direct links to binaries of the completed VBJaEngine Platformer Demo.

Woot that look great ! as soon as i will get my flashboy, i’ll start coding with this ! (i’m already on a big app for game collector), i’ve 10 days of vacation starting friday !

This is release is perfect for me !!
Thank’s for the jobs !

Do you do all the pixel art? It’s freaking awesome.

Do you do all the pixel art? It’s freaking awesome.

Thanks! Yes, I do. Graphics in this demo are partly inspired by/based on Kenney’s Platformer Art assets. http://opengameart.org/content/platformer-art-pixel-redux

Woot that look great ! as soon as i will get my flashboy, i’ll start coding with this

Super cool! Did you get started yet? Let me know in case you have any problems.

So, did anyone collect all 64 coins yet in the Platformer Demo? 🙂

I thought I did, it said 64/64 anyway. Is something supposed to happen? I’m not sure if I actually found all 64, but after looping through a once or twice the counter got up there.

Very cool demo by the way, works good on the hardware.

Super cool! Did you get started yet? Let me know in case you have any problems.

Soon soon, sorry to be late ! but i’m on it ! multiple project, change my home and my work ! Take a lot of time, but i will find the time to code ! But thx i will let you know if i’m stuck or have some question !

That was a neat demo!
The huge gear in that tower at the end was a cool touch.
Worked well on hardware 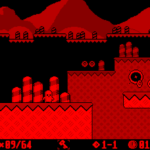