A lot is happening at the moment related to Bulletproof Software’s unreleased “Faceball” game for Virtual Boy, thanks to some noble souls going to great lengths to do great things for the community.

To make a long and twisted story short: an about 80% complete prototype of the game has been in private hands for many years, but last September, everything changed when detailed descriptions of said prototype had been posted on our forum by Japanese “Mr. G”.

A bit later, the prototype had found its way into the hands of Virtual Boy enthusiast and PVB member bigmak, who has successfully dumped the cartridge by now and is going to release the ROM for free later this year! To recoup a part of the five-figure(!) sum spent to make all this possible, a special fundraiser is going to happen soon, in which people will have a chance to show their support for bigmak and receive complete, boxed reproduction copies of the game in return! Check out the respective thread in our forum for all the yummy details.

Even more goodness is added by the fact that substancial progress has already been made by thunderstruck in hacking the game. Chances are good that the game will eventually be completed by fans and released in a special edition. Find all the info in our forum here.

Unaware of the great things that would happen, elite homebrew coder DanB chose a completely different approach to let everybody enjoy Faceball: he coded a clone of the game called “Ballface”, using the detailed descriptions provided by Mr. G. Don’t miss to check out the freshly released first demo of this impressing homebrew achievement in our forum! 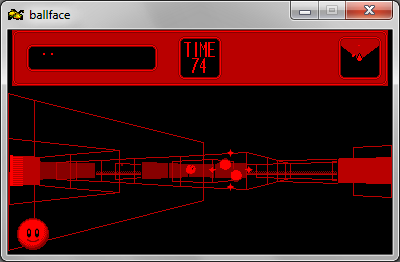 So 2013 is the year of Faceball. That is most excellent. Who knows what the future may still bring? Hopefully more awesomeness!

Supa cool stunning work by all.
Really looking forward to seeing how this all pans out.
Shine on you crazy red console of joy.

Lot of great news going on. 🙂

I already told you that a arena mode is as good as impossible. Repetly requesting stuff like that is highly demotivating.

If anything, DanB might have an easier time making an Arena mode for Ballface, since he is making his whole game from scratch instead of hacking an existing game whose original source code is not available, so there’s always the possibility of getting an Arena mode in Ballface if DanB so desires to make one.

hrms whats the year of the dragon in the Chinese New year ?

Hmmm, apparently it’s until Febraury 9th. Hopefully it will show up by then. 😉

So, who do I talk to to place an Order? I’m new here and really bad at this forum stuff. I’m also looking for the Full Bound High Set.

Would this have been the site where I bought my VB flash cart? I honestly forget.

Any help would be great! I’ll be checking my inbox daily.

GOOGLE uncletusk, they are $75 dollars there. 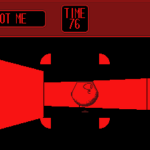