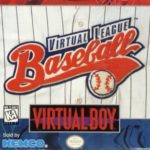 This patch allows you to select any team in the normal game (Regular teams, plus All Star and Miracle/Galaxy) in Virtual League Baseball and also allows selecting the same team for both the player and computer.

Includes patches for both the US and japanese versions.

Because of the limited space to do any tricks, I had to modify how the selection worked. Now, rather than wrapping left and right when you get to the edge of the team selection, it goes to the next or previous team. It only wraps at the first team (USA) and the last team (All-E-League). To select the new teams, either go left from USA or right from Switzerland. I also made it so you can play against the same team. There’s a glitch that the COM selection square appears at the top when selecting some of the new teams as your opponent.

BTW, I didn’t see an easy way to allow you to select the new teams for the Pennant Race… when I did, it locked up because there weren’t enough other teams in the same league.