We're using cookies to ensure you get the best experience on our website. More info
Understood
Home »Database »Patches »Types »

During gameplay, small text “advertisements” keep appearing randomly on screen that read “Nintendo Virtual Boy”, “T&E Soft Presents” or “Redalarm”. If your system is low on power, the text “Batteries Low” will also appear. This patch removes all of those messages except the latter.

redalarmnoads.ips (50 B)
Hack: All levels selectable

This patch makes all 99 levels selectable from the main menu, instead of only the first 40.

This patch changes the controller layout to the Mario standard by swapping A and B (A jump, B throw) and also puts “run” on both triggers.

Raises the health limit from 5 to 10. The HUD can only show 5 health, though. Can be used together with the Max Starting Health patch.

This patch restores 3 multiplayer game modes that were disabled (and partly unfinished) in the released version of Mario’s Tennis.

Adds an enhanced control scheme plus a selection menu to Faceball.

To use it, press Select + R during gameplay. Right now, you can choose between the original BPS scheme (selected by default) and Matej’s scheme.

(Note that, while you are on the selection screen, the timer will appear to stop but will actually still be counting down.)

Raises the starting health to 5. Can be used together with the Double Health Limit patch.

This patch allows you to select any team in the normal game (Regular teams, plus All Star and Miracle/Galaxy) in Virtual League Baseball and also allows selecting the same team for both the player and computer.

Includes patches for both the US and japanese versions.

Because of the limited space to do any tricks, I had to modify how the selection worked. Now, rather than wrapping left and right when you get to the edge of the team selection, it goes to the next or previous team. It only wraps at the first team (USA) and the last team (All-E-League). To select the new teams, either go left from USA or right from Switzerland. I also made it so you can play against the same team. There’s a glitch that the COM selection square appears at the top when selecting some of the new teams as your opponent.

BTW, I didn’t see an easy way to allow you to select the new teams for the Pennant Race… when I did, it locked up because there weren’t enough other teams in the same league.

This patch for Space Pinball, the Galactic Pinball prototype, resets the score to 0 when a new game is started.

This patch “whitelabels” Game Boy Emulator ROMs to make them look as close as possible to native Virtual Boy games. 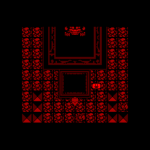