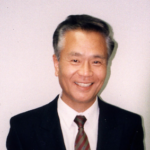 Yokoi was born in Kyoto, Japan in 1941. He was a hobbyist who would moonlight on the weekends with his own projects that included building everything from toys to radios. After graduating from Doshisha, he officially joined Nintendo in 1965, initially working as a Maintenance Engineer before becoming Producer and General Manager of Research & Development 1 Division.

Yokoi was an inventor of toys and gadgets, who managed to showcase a prototype of his first major hit, the Ultra Hand, to then president Hiroshi Yamauchi. From factory engineer to innovative inventor, Yokoi became the first auteur to represent the company. When Nintendo formed their first official game development division, Yokoi was given the title of General Manager and head producer that resulted in world wide successes like the Game & Watch and Game Boy. His development team also created famous franchises like Metroid, Kid Icarus, Famicom Wars, Dr. Mario and Wario Land. Unfortunately, Yokoi lost his life in a traffic car accident shortly after retiring from the company.