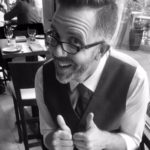 Jim Wornell worked at Nintendo of America from March 1990 to February 2006 as a graphics designer and project coordinator. As such he was responsible for the American localisation of many Nintendo games including writing screen text, debugging, overseeing the manual/package, getting the ESRB rating, working with legal, marketing, and advertising. Basically anything that had to do with the US release of a game.

Besides Galactic Pinball, in which you can hear his voice on the title screen, Jim has worked on all three major Virtual Boy titles whose North American release was cancelled, despite them being completely finished, including having being approved by Nintendo Lotcheck and being rated by the ESRB: Bound High!, Dragon Hopper and Zero Racers.