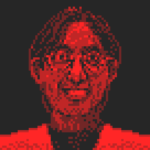 Yamano is a native resident of Japan. After graduating from the Osako Electro Communication University, he officially joined Nintendo in 1990, initially working as a Computer Programmer for the Research & Development 1 Division.

His first prize work was programming the multi-tap peripheral for the original Game Boy.

Yamano was born in Amagaski, Japan in 1968. He is a fan of Jazz music, and also a cafe restaurant aficionado.