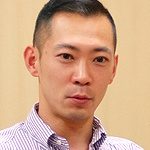 Current employee of Nintendo Company Limited, having worked mainly in in the development department during his time with the company.

Totaka was born in Tokyo, Japan in 1967. His interests include guitars, science fiction films, and reading fiction. After graduating from the Kunitachi College of Music, he officially joined Nintendo in 1990, initially working as a Sound Composer for the Research & Development 1 Division.

Totaka began his career composing songs for a variety of Game Boy titles including F-1 Race, Kaeru no Tame ni Kane wa Naru, and X. Besides creating sounds through computers and electronic equipment, Totaka is also known as the voice of Yoshi. His signature song, “Totaka’s Song” is a short, 19-note tune hidden in almost every game he has written music for.