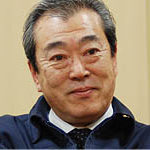 Kanoh was born in Kyoto, Japan in 1950. Kano is a fan of films who’s favorites include Field of Dreams, and Dances with Wolves. He is also a fan of Canadian jazz pianist and composer Oscar Peterson. After graduating from the University of Kyoto, he officially joined Nintendo in 1972, initially working as a Graphic Artist for the Creative Department.

Kano designed a variety of toys and board games before working on the Nintendo Beam Gun series. Kano eventually became the lead designer of the Game & Watch series, where he was responsible for everything from the on screen pixels to the hardware cover art. Kano held the title of creative director and even producer for a brief time, that resulted in the creation of several titles including Metroid, Kid Icarus, Famicom Wars, and Battle Clash. Now in the twilight years of his career, Kano has served the role of supervisor and adviser for the company.