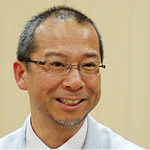 Yamamoto was born in Kyoto, Japan in 1955. After graduating from the University of Kyoto, he officially joined Nintendo in 1978, initially working as a Computer Programmer for the Research & Development 1 Division.

Yamamoto’s first projects at the company were hardware programming for a variety of Game & Watch titles. Yamamoto was also involved in the complex reverse engineering of the original arcade smash Donkey Kong, that allowed the development of Donkey Kong Jr. Yamamoto’s final contributions as a programmer were on the landmark Game Boy titles Super Mario Land and Metroid II: Return of Samus. Yamamoto spent the latter half of his career as project director, and later as a supervisor with several titles under his belt including Metroid, Tetris 2, Dr. Mario, Battle Clash, Yoshi’s Cookie, and Tetris Attack.