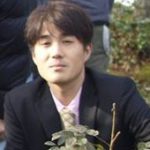 Furuta was born in Nonoichi, Japan in 1972. He is a huge fan of baseball and his favorite sports team is the Hanshin Tigers. After graduating from the Kanazawa College of Art, he officially joined Nintendo in 1994, initially working as a Graphic Artist for the Research & Development 1 Division.

Furuta’s first projects at the company were printed artwork and manual design for a variety of Virtual Boy titles. Later, he would advance to handling lead art for Trade & Battle: Card Hero on the Game Boy Color. Besides heavily contributing to the WarioWare and Rhythm Tengoku series, Furuta was part of a secret team working on software for Iwata’s Vitality Sensor. While the software was never released, it is believed he has shifted into some of the QOL projects the company has in development.