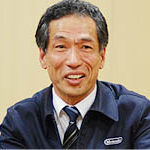 Izushi was born in Kyoto, Japan in 1952. After graduating from Doshisha University, he officially joined Nintendo in 1975, initially working as an Electrical Engineer for the Research & Development 1 Division.

Takehiro Izushi was responsible for the concept and mechanical design of Custom Gunman and Custom Lion. After the Beam Gun Custom series, he engineered hardware for the Color TV Game series and Game & Watch series. Izushi was also involved in the development of the Bassmate Computer for American company Telko, as part of a special third-party commission. In 1996, when Gunpei Yokoi left Nintendo, Izushi took over as General Manager of R&D1. He produced a myriad of titles for the Game Boy Color, Game Boy Advance, Pokemon Mini, and GameCube before vacating the position to work in a less involved supervisory and support role at the company.