Bad Apple!! is a musical track from Lotus Land Story, one of the games in the Touhou Project series. A remix with vocals was produced, and a shadow art music video was made for that remix. The video has since gained popularity as a sort of audio/video test case for retro computers, and the time has come for it to appear on Virtual Boy.

This production contains the entire three and a half minute song and music video, presented at the full frame rate of the original. It is unusual for Virtual Boy homebrew in that it occupies 16 MB, which is the maximum size for cartridge memory without supplemental mapping circuitry.

To aid in viewing this demo without the needed kit to run it on the hardware, a slightly modified version has been provided that targets the Mednafen emulator. The audio timing is slightly different between the hardware and Mednafen, so select the version that matches the way you choose to experience it.

The day has come!

Awesome! But seriously, what other game systems don’t have their own version of Bad Apple!!? XD

Just tried it with the 128mbit cart and its great,
this has always been on my wishlist

This is great! Also, thanks for explaining the backstory 🙂

This is fantastic work. Nice job!

Wow :O finally! it was like 2 years ago when i asked why doesnt it exist yet and somebody linked youtube video of private rom running it. now i can finally myself experience it 😛

I just get a black screen on my VB when I try this on my Hyper Flash 32. Do I need to do anything special to get this to work on my cart?

Pretty sure I’ve read somewhere that you need the 128mbit cart from Kevin for it to work on real hardware.

I just saw Bad Apple for my first time. I want to give all the thanks in the world to you for doing it! It is visually stunning on the Virtual Boy and used the capabilities of Virtual Boy to the maximum. Keep on going! 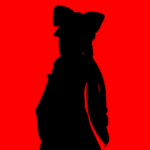