Mansion of Insmouse: All Hallows' Eve

In October of 1995, on Friday the 13th, I’Max released Mansion of Insmouse to the public in Japan, bringing the horror genre to our beloved Virtual Boy. Now, 22 years later, once again in October on Friday the 13th, I am pleased to release to the whole world a new version of this red and black game of terror, Mansion of Insmouse: All Hallows’ Eve. Thanks to the help of InsmEdit version 1.2 created by PVB User: HorvatM, I’ve created 45 brand new levels, each one having the appearance of something that one might expect to see on Halloween (All Hallows’ Eve) and having a relevant 4-letter name as its password. With the latest version of InsmEdit, I had the full freedom to place as many monsters as I saw fit in each level wherever I desired, each with as much strength as I desired, in addition to making each level’s layout look however I wanted and with as much time to complete it as I deemed reasonable. I’d also like to thank thunderstruck for making the special English title on the title screen, which is appropriate for this latest ROM-hack. This night of fright, enter the Mansion of Innsmouth (officially translated into English as “Insmouse” for some reason we’ll probably never know) once again and experience the new horrors that await you! Will you be able to make it out alive? 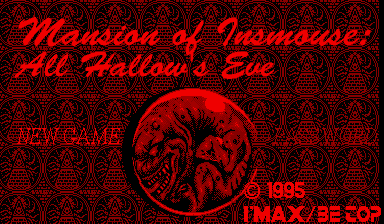 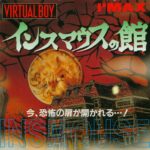