Did you know that Nintendo showed the Virtual Boy not only in Japan and the United States, but also at European events? Seppatoni has tried the Virtual Boy at the Swiss Games Fair in 1995 following an invitation by the Nintendo Club magazine and has shared a little write-up and a scan of the invitation letter.

“In 1995, the Swiss and Austrian edition of the Nintendo Club magazine reported in detail about the upcoming Nintendo Virtual Boy. One day, Club members from Eastern Switzerland received an exclusive invitation to the “Schweizer Spielemesse und Mobautech” (“Swiss Games Fair and Mobautech”) in St. Gallen in August 1995, which takes place in September each year. The special thing about it: The club members were allowed to try out the Virtual Boy behind closed doors at the Nintendo booth.

Since I too was a happy recipient of such an invitation and St. Gallen was only half an hour away from our place of residence, I went to the toy trade fair with my parents at the OLMA site. I remembered the still strong presence of the NES at the Nintendo booth, which finally gave me the opportunity to purchase the long-coveted The Legend of Zelda.

With the invitation for the VB test, I turned to a member of the staff who led me to some unobtrusively placed cabins with closed curtains in the back area. Immediately the curtain was pulled on an unoccupied chamber, and there stood the brand new Virtual Boy. After a brief instruction, I was allowed to put my hands on the unit for the first time behind closed curtain to play Mario’s Tennis. I was immediately impressed by the fantastic 3D effect and the splendid presentation of the game with numerous well-known Mario elements like Lakitu or the hills in the background. So I dived into the red-black world for about 15 minutes before I had to leave the cabin again. But at least I’ve noticed that during this time, players on the device next door have already changed twice.

When I asked when the device would be available to us, I was told that it would probably be out in early 1996.” 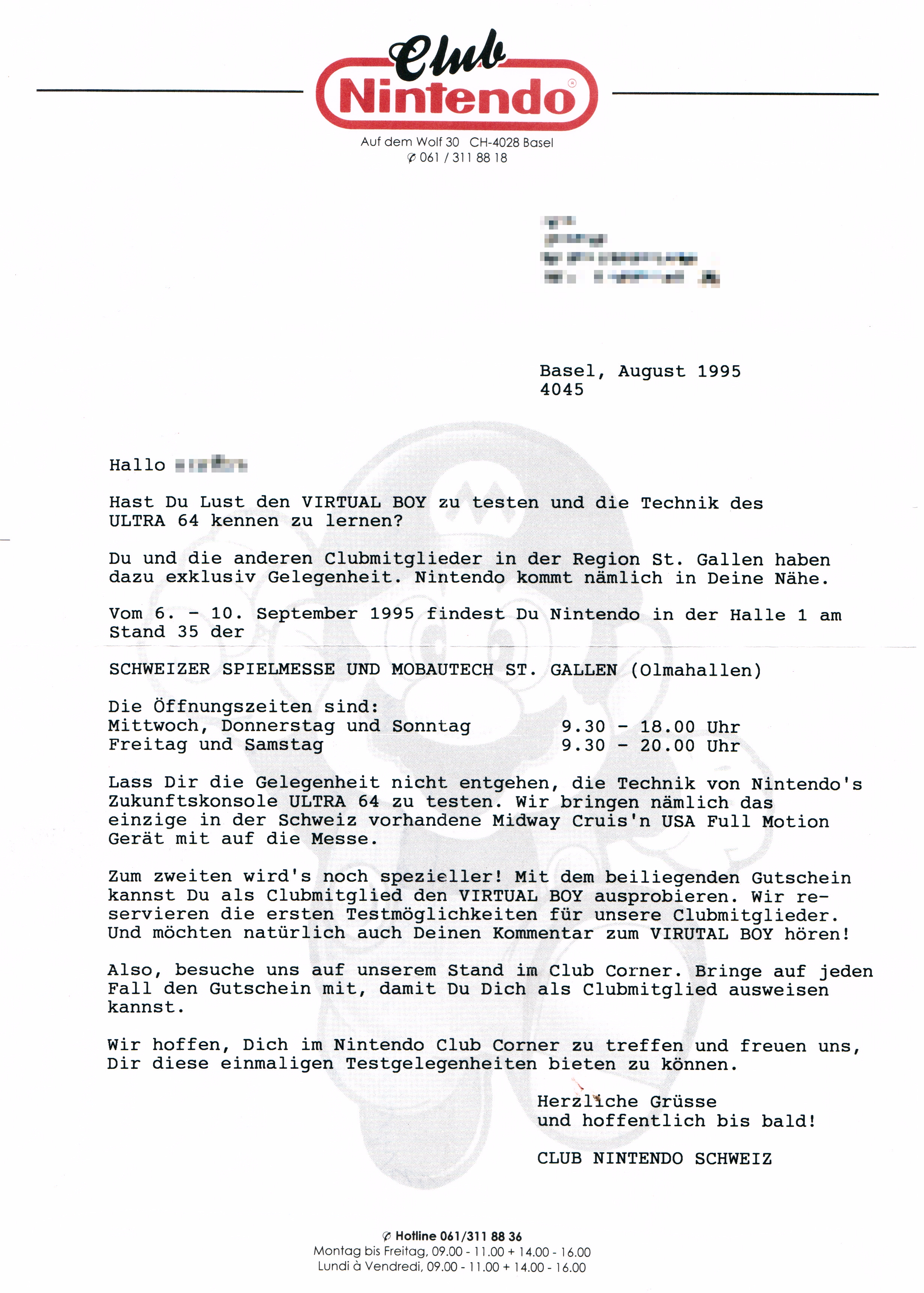 That’s awesome, too bad the VB never got a formal release in EU 🙁
Also too bad I don’t understand german lol