A little while ago, Leia Ivon Flame made a discovery that has only been posted and driefly discussed on our Discord channel but is definitely too cool to get lost in the chat backlog… so I would like to repost here.

When hacking random Playstation games, they found some VB-ish graphics in 2002’s “Simple 1500 Series Vol 094 – The Cameraman – Gekisha Boy Omakefu”, a remake of the 1992 PC Engine cult classic “Gekisha Boy” by Tomcat System. You might recognize Tomcat as the developer of Space Squash for the Virtual Boy. While no hints were found in the ROM that these graphics are from an unannounced and unreleased Virtual Boy version of Gekisha Boy, it certainly seems pretty plausible.

Attached to this post you’ll find all the found graphics zipped up:

I’ll also attach the individual images so you can have a quicker look.

So, what does everyone think? Awesome discovery to add to the list of unreleased games? Or just some unrelated red-colored for some reason images of the original PC Engine version?

After watching a video of the PC Engine version, it certainly seems that it would have been an appropriate game to release on the Virtual Boy. They probably would have had to censor some things for a North American release, though, not sure about in Japan.

If this sprite sheet was legitimately purposed for the Virtual Boy port of Gekisha Boy planned to be released on 1995-1996, It’s mind-boggling to see Gekisha Girl; The 2nd Player which officially featured in the 2002 PS2 sequel, Gekisha Boy 2: Tokudane Taikoku Nippon (Planned to be released in Europe as ‘Polaroid Pete’, but was canceled) and the aforementioned ‘Simple 1500 Series Vol 094 – The Cameraman – Gekisha Boy Omakefu’ (As an unlockable 2nd Player) within the sprite sheet 31-32. Maybe Virtual Gekisha Boy was either planned to have a 2 player mode or a character select option (like Nester’s Funky Bowling).

There was a similar instance with Pokémon Puzzle Challange (Game Boy) which not only included a Mugshot sprite sheet of the SNES Panel De Pon characters but also the characters which later officially appeared on the Gamecube version.

These aren’t “unreleased”. This all the sprite data for the levels, but it stores the palette data in separate TIM files for some strange reason. Even the baseball level’s sprites, which is exclusive to the PSX version, has the red palette. They jumped the gun with this. 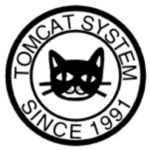