I know it is a long shot, but want to request a similar tutorial be made in case any expert could spare the time.

Or is it one of those things where if you have to guide someone through the basics, they aren’t likely create a project to speak of anyway with their current knowledge?

As a person with no real coding background, I was able to make a somewhat working NES game in 6502 assembly – which would have never been possible without the “Nerdy Nights” tutorial, and later, having the community at NESDEV. It’s not a “real game” yet, but my character moves around the screen top down, similar to Zelda. There are multiple screens to travel to, walking animations, pop-ups when you inspect an object. You can walk through most walls but some I’ve put up invisible barriers. There is music, although I borrowed and called the provided music engine because I have not mastered putting music into their engine let along building my own.

I don’t have immediate plans to start building a VB game, but have used VBDE in the past with STEREO-GUY if I remember right’s tutorial on putting your own images on the VB. That was very helpful and I thank him for that. I do plan to make a VB game someday, after I finish more of my NES game.

Hello. I strongly recommend you join Planet Virtual Boy’s Discord. You’ll find it easy here and there you’ll find much easier people to discuss programming on Virtual Boy and all the group’s news. Please Check it out!

We definitely want to create such tutorials eventually, as part of the VUEngine Studio Documentation. But I am afraid that we don’t have the capacities to make that happen in the near future. It would be amazing to see some passionate individual(s) create “third party” tutorials, similar to how STEREO-BOY did. 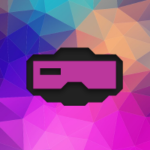