hello, i’m new on this forum ; i’ve started to read it a bit yesterday, and i’ve few questions ( as i didn’t have time to read all topic since the forum’s creation)..

– as i just arrived, the BOUND HIGH rom have just been realesed after 15 years (what a coincidence). but i ‘ve always wonder where does it comes from ? is it the owner of a prototype who decided to make a dump version? has it be stolen ?

– on another thread “why we shouldn’t release dumps/prototypes?”, i heard that some complening of the behaviour of some who release roms which wasn’t for public use. what was the tory exactly and which rom was concerned ?

excuse my english, i’m french (and u guys have no idea how hard it is to find a virtual boy here)
thanks again

The Bound High! ROM was created from the final source code we received from the game’s creator. As far as I know, he is OK with it being released (and probably happy someone will finally play it.)

The ROMs they are talking about are the rare Japanese games, “Virtual Bowling”, “SD Gundam”, “Space Invaders” and “Virtual Lab” I believe (someone correct me it I’m wrong please). The reason some people didn’t want these released is because the value would then go down.

Also, welcome to the forums!

Hideyuki Nakanishi made it but since he doesn’t have the copyrights he couldn’t (wouldn’t) release it himself – and probably Planet VB isn’t allowed to do that either (unless they have asked for permission from the copyright holder) so don’t tell anyone. 😉

It would be fun if PVB could get the copyrights for it and include it on future FlashBoy releases.

The ROMs they are talking about are the rare Japanese games, “Virtual Bowling”, “SD Gundam”, “Space Invaders” and “Virtual Lab” I believe (someone correct me it I’m wrong please). The reason some people didn’t want these released is because the value would then go down.

Hehe, Oh yeah they were totally right hey, prices slashed, just picked up Gundam & Invaders for $15, mint sealed and will arrive from Geidi Prime any day now, from the Barons own personal collection……shall i go on or has the sarcasm got through. 😀

ok, thanks for the answers;
another question : is anyone on the forum have ever been in contact with DRAGON HOPPER creator ? maybe the same way can succed to obtain this game (or the code source i mean) ? 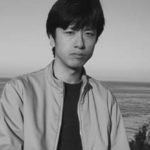