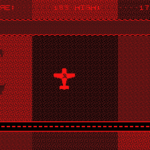 Soviet Union 2011 is the sequel to Soviet Union 2010. In it you control a Soviet airplane that’s equipped with a cannon. Your mission is to take down as many US airplanes as possible, and get out alive while getting a high score.

The story: It is now the year 2011. The war between the two superpowers is still going on. After successfully taking out scores of the United States space army’s ships, the Red Army has sent you to make order on Earth. The war on Earth is severe and has taken many lives. The United States air forces are strong and dangerous and will not go away easily. Have no mercy! Show them who is the boss!