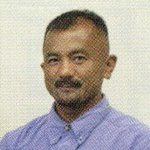 Kiyotake was born in Kagoshima, Japan in 1960. Kiyotake is an avid sports fan who enjoys tennis and rugby, and even played soccer with the company club. After graduating from the Kyoto Seika University, he officially joined Nintendo in 1983, initially working as a Graphic Artist for the Research & Development 1 Division.

His first projects at the company were designing characters and backgrounds for several Game & Watch and Famicom titles. Kiyotake designed a variety of iconic action titles like Duck Hunt, Super Mario Land, and Famicom Wars. Kiyotake’s most famous work revolves around the character creation of Samus, Wario, and Dr. Mario. One signature trademark Kiyotake has left on a few of his games including Tetris and Tennis for the Game Boy, are graphic and animation references to Samus Aran. Most recently, his job duties pertain to character and art supervision of several Nintendo releases.