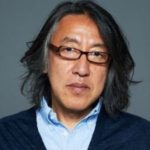 Tanaka was born in Kyoto, Japan in 1957. After graduating from his university program with a degree in electronic engineering, Tanaka officially joined Nintendo in 1980, initially working as a Sound Engineer for the Research & Development 1 Division.

His first duties were creating sound effects for arcade games and even some programming for the Game & Watch. The simple jingle in Mickey & Donald for Game & Watch, transitioned Tanaka from engineer to game musician, and paved the way for classic soundtracks to titles like Kid Icarus, Metroid, and Tetris. After several years of dedicated work, and one of his most personal endeavors in leading development on the Game Boy Camera, Tanaka resigned from Nintendo to join affiliate Creatures Inc., The smaller company structure allowed Tanaka more personal freedom, and the ability to compose soundtracks for Pokemon films.