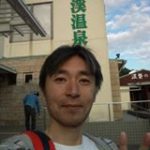 Tajima is a native resident of Japan. After graduating from the Kyoto University of Arts, he officially joined Nintendo in 1994, initially working as a Sound Composer for the Research & Development 1 Division.

His first prize work was composing the soundtrack for Galactic Pinball on the Virtual Boy.

Tajima was born in Kanazawa, Japan in 1964. His interests include music, architecture, exotic foods and nature.