HI everyone,
I am still rather newish to the VB and have yet to release my game etc but I’m on it.
After some extended holiday break I wanted to test how well interlace gfx would work on the LED display and I’m actually rather surprised how well it does on real hardware without much/any visible flicker.
This is nothing but a single bitmap gfx run through a simple converter of mine to showcase/test how well/bad 7 colors work.
I post some updates on my VB and engine tests on discord but maybe should put some stuff here instead for archival reasons to motivate future developers when they see early steps.
Thanks to Kresna and their redsquare game that eventually motivated me to look deeper into the VB and to Chris and in particular GuyPerfect who gave me confidence in my code setup when it started failing on real hardware before I had access to the super neat HF32 😉
Cheers
Martin /enthusi (PriorArt)

update:
What works with a still also works nicely with an actual 3d image (separate perspectives for each eye) and a scrolling image 😉
(files added)

Very cool, will give it a test!

D’oh! I mean I’ll give it a test when i get my flashcart. I keep forgetting I don’t have one right now 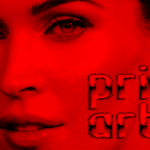