I’ve been working on a project called Fish Bone.
Thunderstuckt was making a litle demo of it.
Thunder… please insert in her. ;D

OK… where do I start? I went trough several possible ways how do deal with this situation. My initial thought was to delete all sources, nuke the svn and go on with my life and never even think about VB Hombrews again. When I cooled down a bit I thought about simply replacing VirtualBens Sprites with some of a free collection. I actually found something that would have fit perfectly. Doing this would have been an easy thing. However, I did something completely different: I finished the damn game. I have put another 20 hours within 3 days into this game to realize this. There is only one reason I decided to do this: The comment of Benjamin Stevens reminded me that I’m not doing all of this for me or VirtualBen but for the community, for guys like him that share this obvious addiction to all VB related topics.

That said, here are some fun facts about the game. I have put roughly around 200 hours (within 3 month) into this game (according to my svn logs). If I would do a project of this size as a freelance job I would probably charge something around 4000 to 5000 €. I pre-ordered Dishonored and still didn’t finsihed it because of this game. It was the first time I picked up the idea of someone else and made it a game. It will also be the last time.

I will release the game later in a different thread as I feel like this one is bumped with bad feelings. There won’t be anymore changes to the game, so please don’t ask.

Some words to VirtualBen: I think you are a talented artist. However, you have to learn how to talk to other people. In nearly every conversation we ever had you were arrogant, condescending and simply unfriendly. Even your “apology” in this thread is unfriendly. I only let you get away with it for so long because I know you are still a Teenager. I picked up your idea an made it a game, this is not something that happens very often. Even more, I made sure the quality of the game is high. Therefore I spent a ridicules high amount of time on this game. I never heard a single “thanks” from you. If you behave like this in a job or somewhere else you will fail in life. Just look at what happened here: I had to write one sentence, now the game is mine. You said it, it is mine now and I will not give it back. This will happen to you over and over again if treat people like you do right now. 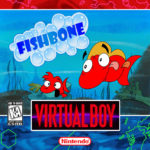