Posting a separate thread specifically about my VB cart programmer. As I mentioned in another thread this can dump the ram/rom space of any VB game. Also allows writing to ram/rom of my custom 16Mbit carts. I’m adding support for my larger 256Mbit cart as well.

I’ll be building a few of these programmers in the next month or so and I’m wondering if anyone has any interest in them. Some free ones will be going to developers for games that need the larger 256Mbit cart. This is really meant as a developer tool but putting it out there for anyone. PM me if interested.

speedyink wrote:
That would explain why I can’t find it, lol. Email sent

I’m debating doing a v2 of my programmer. It won’t use a VB motherboard connector this time. I’ve located pins that will work together with a 3D printed housing to provide the connector. Thinking about a 2.7″ OLED screen, cap touch buttons, and the new connector idea. USB input and SD card like the other programmer. But mainly on screen controls, instead of a GUI or RealTerm like before. Probably in a rectangular black Onyx 3D printed case.

This is again mainly for developers and people who want individual carts for games instead of a flash cart like HyperFlash32. The v2 programmers will program my 16Mbit and 32Mbit carts, as well as dump existing carts.

Let me know what you think.

I think I’ll de-scope from the concept above with the idea of making it cheaper. TBD. HyperFlash32 boards should be here end of the week so I may have to table this for now. However, some test PCBs with my pins to create my own VB motherboard connector are already in progress.

I do have parts for 4 more of the existing programmer, if anyone else is interested.

Basically I could provide fully assembled units with 3D printed case, or just this shield where people would then need an Arduino atmega2560, display, firmware hex file, some standoffs, cap touch buttons, and then 3D print their own housings.

The shield only path is probably the cheapest no touch option path. Not sure how many people would be interested in the kit only option.

The 3D housing will be very important as it will contain the VB motherboard connector support. If this isn’t correct, you’re likely to damage the pins on the board and be SOL.

I have a small PCB being built right now to test the VB motherboard connector at the top. If that works out then I’ll proceed with this larger shield board. 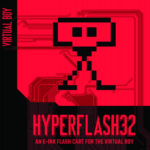 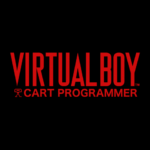