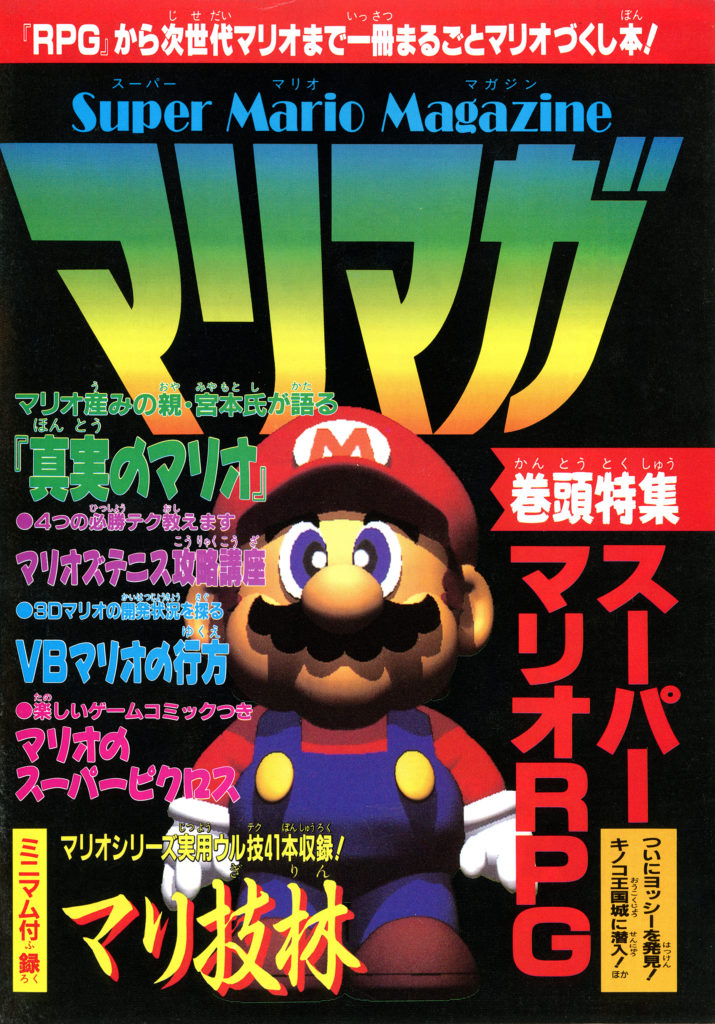 This 32-page magazine primarily covered the upcoming releases of Super Mario RPG (Super Famicom), Mario’s Tennis (Virtual Boy), and Mario’s Picross (Game Boy). A “Mario’s History” section is found towards the middle of the magazine which discusses the majority of games Mario had appeared in up to the point of publication.

A brief interview with Shigeru Miyamoto is found on the final page of the magazine, but it does not mention the Virtual Boy at all.